Last Wednesday, I was fortunate enough to get the poet and artist Terry Foote to speak at my writing workshop at the Park Forest Public Library. He discussed his process and the journey he took in finally getting his book, Picturesque Poetry, out of his brain and onto the shelves. I don't want to give away the entire story, but one of the important takeaways was about focus. A writer's focus is a special thing, and it inspired me to write this piece. 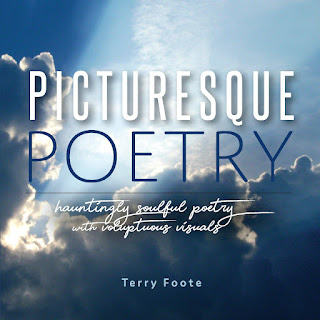 For the beginning writer, focus is a very tricky idea. Anyone who wants to write a story will tell you that they have everything in mind - the characters are real, the developments vivid, the plot arc crystal-clear. This is a great start, but is it enough? In our mind, we can imagine the expression on Christ's face in The Last Supper, but as we know, there are twelve other people at the table. Their positions and interactions are just as important to the painting. After all, this grand mural isn't just called Christ's Face. Like any meal with thirteen people, there are multiple conversations, groupings, and several areas of character interplay. Our sharp focus on one person actually does not do justice to the greater work.

Part of our journey is about finding our focus. We need to not just see the trees but understand the forest as well. We need to discover all the different aspects of the broader picture, and start developing that as well, while remaining true to those trees we see so clearly. If this doesn't sound so easy, well, it isn't. That's the point. For a writer, the forest is the mood, atmosphere, underlying themes, and continuing messages surrounding the trees that are those main characters. Without all that support, those trees are just a couple of pieces of wood in an open plain.

A common problem writers often encounter in this regard is knowing where a story goes but not knowing how to get there. This is where they need to hold their focus on the characters but include their journey in that view. If the writer does not know where to take those characters, then the problem is pretty simple - they've lost focus on the bigger picture. It's easy to get lost in the forest if you only look at the trees.

Now, the other part of this journey is more often seen once the first is completed and outside eyes explore the work. Everyone's a critic, and plenty of comments will challenge your idea of the story you wanted to tell. The criticism will come in many waves, with things like, "I like more dialogue," "I was hoping for more action," or "This needs some wise-cracking sidekick like that guy we met the other week." Maybe there's a grain of truth in these comments. Maybe a few more conversations would spruce up the characters. Would a car chase help? A little humor? These can be valid, but this is your work. Your piece. At this point, the bigger question is, "Would this still be true to what I want to produce?"

If you are writing to make money, be prepared for big rewrites to make the story more marketable, more reader-friendly, more commercial. However, if you want to tell a story that conveys some part of your inner self to the world, Hold onto it tight. Constructive criticisms might help, but ask yourself each time, "Does this change compromise the story I want to tell?" You might have a realization that there is more than you thought, and that's fine. But through it all, hold your focus tightly. It's your story; own it.

And on a final note, Terry Foote will be speaking at the Park Forest Public Library on April 9th, at 7:00 p.m., presenting his art and poetry and speaking about his journey as a writer.
Posted by James Pressler at 11:37 AM