Our Very Own Story

Today is a special day for me; a day that every person gets to acknowledge in their own time if they feel so inclined. No, I am not referring to Presidents' Day. Rather, it is my birthday. I have completed another lap around the Sun, and this is something that only 0.274% of all people can say today. With such a unique event occurring, how does one write about this? How does this special event become a story? 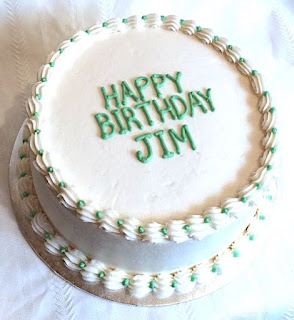 First, we should discuss what does and doesn't make this day special, because as I have discussed at length, a story comes from finding something that stands out from the ordinary. Even though less than 0.3% of the world shares this birthday, that still adds up to over 20.5 million people. Suddenly it doesn't seem as special when more people share your birthday than live in the state of New York. No, the date itself is not the story.

Of course, the exact day I was born might be more interesting. The top songs were Love is Blue and The Mighty Quinn - not much help there. I was born during the 1968 Winter Olympics. Maybe if my parents cared about the men's Slalom competition held that day in Grenoble, France, there would be a story, but they were not that into winter sports. Living in Chicago was enough of a winter sport for them. They also did not concern themselves with basketball, which means that the opening of the Basketball Hall of Fame that day meant nothing. No real story there.

In these cases, we can look for a story by finding something that happened in the world on that day that people react to, and tightening the focus to how that event that everyone knew influenced the very intimate event of someone's birth. My brother's first birthday coincided with the assassination of JFK - that quickly became a story that people can connect with since they knew the larger event, and could now connect the smaller event of a birthday party to that fateful moment in Houston.

Connecting the big with the small is a nice perspective story, as it can bring a stranger into the moment through a related event. However, the smaller event connected to another smaller event can provide a more personal connection that gives a story the feeling of a secret that the reader is being told. That brother of mine with the birthday during JFK's assassination - well, when my brother was born, my father could not be in attendance because he was with his family, saying farewell to his own father, who died three hours before my brother was born. My brother was named after my grandfather for that reason. Chances are, you've never met my grandfather or my brother. However, the story would be about coincidence and loss, and those events can connect a reader to the content, even without the actual event being experienced.

Where is the story for my birthday? Well, it's hard for me to know since I was very young at the time. However, I do know that I was born a little after nine in the morning, and by noon my father had been checked into the hospital for a health emergency (as you can tell, my father had a lot of bad experiences when his children came into the world). I know that I did not have a name for three days because my mother wanted some input from my father, but he was heavily sedated even as my mother was being checked out of the hospital. Eventually, she decided to name me after her father, although I think growing up with my first name, Baby Boy Pressler, would've been okay as well.

When we have our birthdays, they are days to celebrate ourselves. We rejoice with that 0.3% of the world, get our free drink at the bar, and let our friends sing to us. And if we decide to tell that story about us, we find the thing that people can connect to that is unique to us. There might be 20 million people who share that birthday, but finding that story that speaks to our moment is the best story we can write.
Posted by James Pressler at 12:24 PM