When I come up with the idea for a novel, I need to have a few components put together before I know it's really something worth exploring. First and foremost, I need a problem to be overcome. Second, I need to have a setting that appeals to this particular problem and creates a challenging environment. Third, I need a character whose particular traits will not make this an easy adventure. These first two items - problem and setting - are very straightforward. The exploration of a character, however, is worth a little more discussion, because the character will be the one chugging through the entire manuscript, interacting with the setting and trying to solve the problem at hand. So let's see what this character is all about. 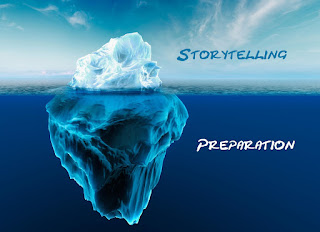 For those authors who keep extensive notes on their stories, a fair amount of time is dedicated to character development. Reading through the collection of sketches and details, we can discover things about a character. We will find out that the character's favorite color is Parrish blue. He isn't crazy about Italian food unless there's seafood involved. His sister died while he was in college and it still hurts to talk about it. We will find all these details, yet there's also a good chance that we will never see these details in the final story. Better yet, they will be eluded to but never mentioned, giving the character a sense of intrigue.

The point I am getting at is that to write a good, interesting, and relatable character, we need to know that character inside and out, otherwise they come off as flat and one-dimensional. Maybe we don't keep an extensive file on them, but we should know some basics. What's the family structure? Happy childhood? What makes the character happy? Mad? Annoyed? Scared? As a writer gets to know that the protagonist came from a happy home but has a weird fear of sock puppets, they get more comfortable in fleshing this character onto the page, and the family life and the sock puppet thing never has to be mentioned. By creating these little details, the writer creates someone they can relate to personally. Someone they know, or would like to know.

Think of a simple scene. The main character gets together after work with some colleagues and they go to a bar for drinks. Everyone orders a beer but our main character, who orders an iced tea. As a reader, this stands out and we take notice. Why tea? Why break from what everyone else is doing? Does this need to be explained in the narrative? If the writer wants to, sure, but the scene can go on with the coworkers blowing off some steam and talking about whatever, the plot can progress, and our main character's motives don't have to be mentioned. The writer, however, should know why the character made this choice. Maybe he's a recovering alcoholic. Maybe he never drives even with the slightest buzz. Perhaps he knows that after one beer he will say whatever is on his mind and offend half of his coworkers. It doesn't have to be revealed, it just has to exist in the writer's mind and linger in the reader's mind.

Of course, it is the writer's choice whether or not to have something like that be a big reveal later on. If the character doesn't like beer, that's not much of a reveal, but if there is some big secret, it should hopefully also contribute to the plot and the tensions existing in the character's journey to overcome his problems.

This may sound like a difficult idea to grasp, but in subsequent posts I will demonstrate just how this technique, combined with our other requirements, will make for good storytelling.