It is official - NCAA March Madness has begun! And, if you are anything like me, over the past thirty hours you have watched your brackets fall apart in record time. (Kentucky, how could you fail me?) For a lot of people, March Madness is precisely that - a crazed few days where college basketball rules people's minds and occupies far more brain space than usual. The average fan's mental bandwidth is full of scores, upcoming games, what they need to happen in the next games, and a reminder of where Gonzaga really is. However, that's not true for everyone. 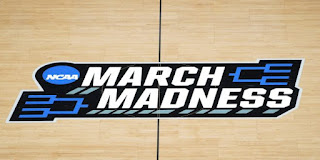 The thing about March Madness is, it's not for everyone. For some people, they will ask if their alma mater is playing, and once you say, "No, Wesleyan isn't in this year," they tune out. Of course, other people care even less, and get a little frustrated as to why their favorite shows are preempted by a college basketball game. Basically, this is a love it/hate it time of the year, and a very difficult one to write about. In fact most subject with the potential to split the room become very delicate matters for a writer, and sometimes they decide to avoid them altogether.

However, that's not mandatory.

With some writing, of course, you have to take a stand on one side or the other. Choose your position and defend it. If I wanted to make this piece about college basketball, I guarantee you at least six colleges, three critical match-ups, and my pick to win it all would be in the first three paragraphs. And I would also lose a fair amount of my readership for that post. The other side is to totally ignore the rites of March, but that would not do justice to me, as I do use a lot of brain cells in the unproductive task of trying to mentally influence the games I watch. So, ideally, the best strategy is to try and find something to discuss, and give it a little Madness flavoring.

If you are writing a story with a controversial subject, you immediately have a decision to make, and that's how you want to address the audience, because you will quickly split the room, as it were. If you are doing a piece about gun rights, you need to acknowledge to yourself that there are a lot of readers on both sides of the issue just ready to dump off your piece at the first sign that your opinion leans against them. That's their right, and as a writer you have to accept that. However, it doesn't mean you have to water down your writing. You just need to think about what you want your message to be and how you want it to hit home.

Let's say you want to write a story about a gun owner who accidentally shoots a family member. Think about which audience you want to be affected the most. Do you want it to be a story reminding gun owners that they are within their rights but they need to be careful? Is it a story reinforcing the idea of gun restriction? How you answer these questions will begin to shape the characters, the tone of the piece, and ultimately the conclusion. You can then start the story with a broad appeal, hook your audience with good writing, and lead them along with a compelling story until the dramatic ending and your message. At that point, you don't need to worry about who you offended, because they've read the piece and nothing will change that.

Just remember, as a writer, your job is to write. Tell a story in the best way you can, with enough skill to give your audience something to remember. If you do it right, even people who don't agree with your point will admit, "It was pretty well written." They might not read it again, but they'll remember it, and at that point your work is done.

Now, back to March Madness and what's left of my brackets.

Posted by James Pressler at 3:47 PM