Act Two: The Heart of the Story

Now that our protagonist has been called to action by the inciting event (all jargon from the last post), we now venture into act two. If you already know the arc of the story and the hero’s journey, then in all likelihood you know act two is easily the largest, most versatile, defining part of the story. This is the adventure, this is the journey that is far more important than the destination. Most importantly, this is where our character changes and grows, and endures all the trouble you can throw at them. 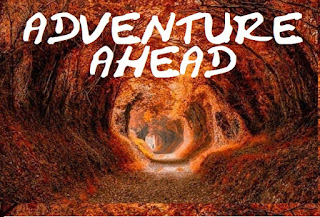 The formula for act two is far less certain than any other act because it is transitory. Since the character is now pursuing something, we know there is a goal. However, there are many routes to that, along with setbacks, surprises, and even the occasional change of plans. What might have started out as a pursuit of adventure may develop into a mission to save someone, to claim a great reward, or even to realize it was a big mistake and try to get back to safety – or all of the above. The route from A to B can sometimes go through the rest of the alphabet first.

What is important, however, is to ensure that each stage of the pursuit, each twist and turn, each plot development is critical to the character’s growth. Each stage of the story should have a quick, defining point that could easily be expressed. “Her attempt to help her friend creates tensions with other friends,” or “He tries to save the day but realizes he is driven by something other than noble intentions.” There has to be a cause and effect for each stage.

Furthermore, as we go through each stage, the events should raise the stakes in this mad pursuit. As one event leads to the next, the main character needs to have a greater investment in reaching the final conclusion, or a greater cost from failure. If we lack this, and the character just goes from moment to moment, is that really interesting? As I often tell developing writers, “I don’t want to read a story about someone just living day-to-day – I’m already living that.”

Our stories needs drama. Each event should somehow turn up the tension and make success not just a happy conclusion, but a necessary one. What if our main character goes on this mission, and loses his job because of it? What if there is the threat of his friends shunning him? His girlfriend leaving him? What if he chooses his pursuit and cancels his weekly visit with his mother, and she passes away shortly afterward? Not only does this raise the stakes on making this all work, but the reward better be worth all that he lost.

With each event and turn of the plot, we also need to offer a moment for our character to realize what is happening, or at least show the reader how our protagonist is moved by these events. Sometimes these moments are done in a very obvious fashion, like the character going to a bar and chatting up the bartender with a moment of awareness. Other times they are demonstrated, like when a character is faced with a choice he has made a thousand times, but now that he has grown from an experience, he chooses a different route. Even if the character does not learn the best lesson from the event, at least the reader can slap their forehead and say, “You totally missed the point!” The reader doesn’t agree, but is very much engaged with the character.

To make these events more effective, we should offer some kind of reason why the challenge is special. If a character has to cross a river gorge on a flimsy rope bridge, that provides suspense. However, if the reader was informed that the character is scared of heights, we now add tension to the moment because there is internal conflict of overcoming a fear along with the whole “I don’t want to die” thing. Does a character take his date to her favorite restaurant even though he has bad memories about that place? Or maybe our character realizes that someday he has to face that fear, but just can’t do it today. This usually requires some rewriting to build up our tension, but the payoff is always worth it.

Lastly, the conclusion of the second act is when everything has reached a boil. The author has to feel this moment; there is no clean way to describe it. But it is that moment where our character has been through all the trials, faced down their fears, prepared themselves to become the hero they were meant to be, and they now reach the critical moment. Whether this is some final fight, some moment of personal realization, or the major personal challenge, this is where all our suspense, tension and conflict reach critical mass. This can be an internal realization, but the more famous books have one defining event push things toward a final conclusion.

In Stephen King’s Cujo, the entire second act – the hero’s journey – takes place in a broken Ford Pinto parked out in the sun. The mother and her son are trapped inside, the monstrous, rabid Saint Bernard lurking nearby. Defenseless, the mother tries to figure out how to escape. Can she get to the garage and grab a weapon? Can she make it to the house and call for help? Should she run or can she sneak around? Will her son be safe if she fails? And all through this, it’s hot. There is no water in the car. No food. Her son is scared and showing signs of heat stroke. The temperature rises, the thirst grows, all while Cujo watches them. Tension, suspense, and the conditions getting so bad that inactivity is not an option.


Finally, the mother has to make the bravest, boldest of choices to save her son. And with that decision, she makes her move and rushes toward act three…