How Believable is Your Reality?

The other day I went into the city for a few errands, and you will not believe what happened! Actually, that's the problem - you might not believe my story. It can be a word-for-word explanation of the crazy and inexplicable events that led to a completely amazing conclusion, and yet in the end, the reader might say, "I'm not buying it." Perfect truth, unconvinced reader. A terrible combination. 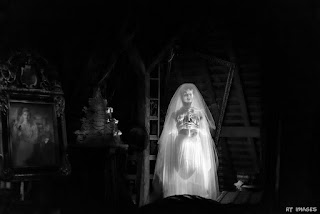 Think about when your friend told you a story about that thing that happened the other night at that bar with the two ex-Marines and the karaoke contest, and that woman with the service dog and everything that went on in the parking lot... on and on, and at the end, your friend has to insist, "But that's what happened!" Maybe it did, maybe it didn't. Something about it wasn't convincing, and you wrote it off. Was your friend lying? Well, first and foremost, your friend might not be a good storyteller, and we can learn from their failure.

When we hear a story too amazing to be real, we subconsciously analyze it. The story itself is not the subject; we start to pick apart the details. We look at the actions and reactions, the character response, the cause-and-effect actions, the sequencing of events. We quietly look for inconsistencies to disprove this wild story. As writers, this is what we need to think about when we tell our tale.

Here's what we need to remind ourselves: First, are the actions consistent with the character? If we tell that story about when we were nine and spent a terrifying night alone in the upstairs bedroom of our grandmother's house while hearing all those noises from the attic, the actions need to build out from there. If we then explain how we decided to examine the attic in the middle of the night, well, why the change of attitude? Do scared nine-year-old children suddenly decide to face their fears and go into the attic after midnight? I'm not buying it. However, if that is what happened, then the storyteller needs to explain how this child found bravery. The reader needs that justification, and with it they will embrace the story.

Consistency of character and of action require attention, but so do believable responses. Let's look again at our nine-year-old venturing into the attic after midnight. Assuming we have adequately explained why this child took this brave step, we still need to make sure their response is believable. If, in this story, the child ventures forth with the flashlight from the kitchen, looks around and sees a ghost in the corner of the attic, the response is everything. Now, we know that children are capable of doing anything in weird situations, but the foundation must be established for the response to be believed. In this little story, we've established the child's fear of the unknown. If the child tries to talk with the ghost, we do not understand where all that fear went. The credibility feels as fake as that ghost.

It is very apparent that the moment the child sees the ghost, we need to have a framework that justifies the next step. If the ghost looks like his grandmother in her nightclothes, this could ease the fear enough for the child to talk, to ask why she is in the attic. Familiarity creates a believable response, and the story moves forward. Then, when the figure in white turns, looks at the child, smiles, and vanishes... now we can move the story along with the reader still interested.

Lastly, the conclusion needs to fit; the culmination of all past events and nothing more. That's when the panic-stricken child runs from the attic, dives back to the room and hides under the covers. His parents come in to check on him, and calm him down for being so scared about nothing. They tell him it's natural to be scared when he sleeps in a new room, but his grandmother has to sleep downstairs because she is too sick to climb the stairs. They take the child downstairs to show him that his grandmother is sleeping comfortably, but find out that she is no longer breathing - she passed away. Now it all comes together, and while the reader may not believe everything, that inner critic has nothing to use to tear apart the story.

So, about the other day in Chicago... I now realize that's not a very interesting story, and you wouldn't believe it anyway. Maybe we'll go with the grandmother story - that one's pretty amazing!
Posted by James Pressler at 12:10 PM