Is A Plot Twist Even Necessary?

The other day, I was approached by one of the members of a writing workshop. They had been building out a story, putting all the pieces together, writing out everything, chapter by chapter, but they were now hung up because there was no big plot twist. They really wanted one in the story, but nothing seemed to fit. This was their special version of Writer's Block, and they wanted to know what to do.

I kept my response simple. "I understand that you want one, but do you really need one?" 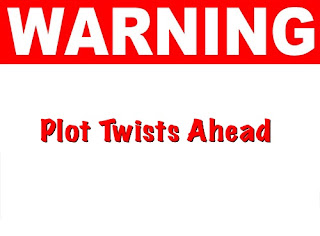 Everyone likes a well-written plot twist, but they are actually rare creatures. I know many people who have lived very interesting lives worthy of filling several books, yet none of those stories really have a dramatic plot twist. A recent biography I read about President Abraham Lincoln had - not surprisingly - no big plot twists, yet it was an excellent read.

Part of good writing is allowing it to carry its own weight. When a story is written in an engaging manner, it only requires a few structure elements: All information provided serves a purpose in developing the narrative, the reader understands the protagonist's journey, and the character's growth between the first and last pages is clearly demonstrated. At that point, any other added feature is just a bonus.

Let's go back to Lincoln. His story is widely told, and even though the legends and fables are far more popular than the actual facts, his story is a simple one. A rural upbringing with hardship and tragedy, mixed success with business and relationships, love and loss, each success mired with complications, leading to the final steps of reforming the Union; a goal he never truly witnessed. Where's the big twist? Where do we find out that John Wilkes Booth was actually a friend of someone defeated back in court during his prairie lawyer years? What's the big reveal?

There isn't one. It's an engaging story where we see a character live, grow, and take on life's many challenges, each while holding to a constant, though evolving, ideal of what the United States of America truly stood for. Each challenge comes back to the character's core, and we understand Lincoln that much more. Even as we get to the last few pages of his life (no spoilers here), we feel a full and complete sense of what remained unfinished, what needed to be carried forward, and the sorrow of a dream unrealized.

It's just a good story.

The question we need to ask ourselves as writers is whether or not the big twist adds anything to the story. A good twist is always interesting, but if it takes the reader away from the broader premise, it's distracting. Nothing is worse than a big change that feels artificial. If a twist is placed in the narrative, it should change the development of all characters involved, and be felt for many chapters after it's happened. If it doesn't have that kind of staying power, maybe it's not necessary.

The writer in my workshop opted to leave out a twist for twist's sake, and finished writing their wonderful novel. That novel was later published, and now everyone has heard of it - Angela's Ashes.

Now that would be a twist (though it never happened).
Posted by James Pressler at 12:54 PM