Everyone likes a good plot twist, and most people enjoy a surprise. A twist makes the reader feel that an entirely new adventure is starting thanks to that one particular change. When surprise is done right, it releases all the tension and suspense built up to that point in a burst of OMG! As a writer develops these talents, the readers will follow. However, it's not as easy as it sounds. 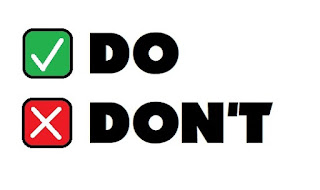 The term "plot thread" is a great metaphor for how a good story should form and how its structure should develop. As a nice green thread spools out, some strands might break away and wander in another direction, some will change their hue, others might wind back to the main thread, and some get tied off and concluded. The point is, all the diverging elements remain part of the same thing. If we are looking at this thread and suddenly a big red rope gets tied into it, the reader is more distracted than engaged. Twists and surprises need to feel like they're still part of the story's natural flow.

The first half of the 20th century was the heyday of the serial film - a multi-episode story shown in small sections over a number of weeks, each with the cliffhanger ending to make sure kids came back the next week. An episode would end with the hero trapped in a car rolling toward the cliff's edge, and the last scene showed the car going over the cliff! Oh no! Of course, the next episode starts with the same scene but reveals that the person actually got out just before the car went over the cliff. Problem solved, and the story continues. This will work with ten-year-old moviegoers. Readers will hate you.

There is a term often used in storytelling, "Deus ex machina," that describes a sudden, unexpected introduction of a new element that resolves plot points and tidies up a situation. This can be a very clever literary device, but more often than not, it comes off as contrived and damaging to the integrity of the story. A new character entering to save the day, the hero locked in a cage reveals that he has lockpicks that he's always used, someone knows how to read an ancient language at just the right time - these all create a sense of artificial progress. Without getting into the history of the term itself, let's just say that if someone says a plot twist seems rather deus ex machina, it's not a compliment.

This does seem counter-intuitive when we talk about surprises, right? The very element of surprise implies not seeing it coming. To reconcile this, the best surprises seem like they come out of nowhere, but the reader then realizes hints had been dropped all along. Our hero with the convenient lockpicks? Maybe in a previous scene we meet him in a house but realize he didn't have keys, or when people ask how he could get in he says, "Don't worry." These plant seeds that slowly germinate until that big moment. The best surprise is actually when these seeds finally blossom. The reader gets hit with the big turn, then realizes it had been sitting there all along. Like the thread metaphor, the reader should have that revealing moment that this was not a new strand, but one that had been there all along.

I will offer one example where deus ex machina works, though it's often debated. William Golding's Lord of the Flies (spoilers ahead) explores a group of kids stranded on an island after a plane crash and their descent into tribalistic savagery (why this was recommended reading in my high school I will never know). As the story comes to a boil with our hero, Ralph, about to be hunted and killed by his classmates, he comes across an adult - a Navy officer from a passing ship. Not a rescue ship, just a passing ship. The hunt stops, the children cry in shame, the story concludes. Good or bad?

The reader might feel cheated in some regards - it wasn't even a rescue mission, which would at least tie in to the entire plane crash part. If not for a passing ship, Ralph would be killed. Is that satisfying? However, people who favor this device show that the adults were removed from the story, allowing the kids to become victims of their own impulses, and the return of an adult confronting the now-savage children ties the moral arc together nicely. The officer may have been new but his purpose - adult guidance - had been a theme all along. Agree? Disagree? People still discuss this book, so at least it had a lasting impact.

I still don't know why they wanted us to read that in high school.