In my last post, Stories Within Stories, I talked about exploring our stories to make sure we are not missing other opportunities. Indeed, I did get a few responses from the Facebook side of this post. Some people wanted to know what was wrong with just telling the story they want to tell and not exploring some greater meaning. Another comment emphasized remaining focused on one aspect and not letting the story wander. And of course, I heard the natural response that, "It's not that kind of story." 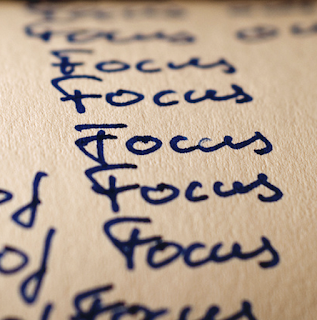 First, I love getting IM comments through Facebook, so keep those coming - it's a great way to engage and explore. More important, though, is that we should always explore our stories to see what is out there, even if we do not explore it. Focus is, of course, always important. However, I am reminded of the blinders placed on horses. They give the horse a sharp focus on the space ahead, but at the price of not seeing anything else. We need focus, but not blinders.

James Jones wrote a few very good novels fictionalizing his experiences in World War Two, and my personal favorite is The Thin Red Line. This book came out in 1962, at a time when some authors like Joseph Heller, Kurt Vonnegut Jr., and later Richard Hooker decided to write about the gritty, visceral side of their experiences, and this story is no different. However, this novel shows the difference between focus and blinders.

The obvious focus seems to be the island-hopping campaign in the Pacific Theater during World War Two; particularly Guadalcanal. For a lot of people, this would be enough for an interesting story about events most people could never understand without being there. However, what makes it a larger draw is that is doesn't isolate itself to being a war story. Jones saw that war is, in fact, a very human story, and he brought that element into his narrative.

Now, there are plenty of other stories that were there for the taking: prior to entering the service, most soldiers had never left their home state, so experiencing the tropical Pacific could be a story unto itself. What about meeting people from across the country who now all gathered into the 27th Regiment? These are potentially fascinating stories, but proper focus means paying attention to those points that built out the story. So yes, those elements were mentioned and could've made another story, but The Thin Red Line kept a keen focus on the challenges of being human amidst the chaos of war. Richard Hooker's novel, MASH: A Novel About Three Army Doctors, applied the same techniques, but shifted the focus to different aspects of the human experience. Probably the reason why one became a popular sitcom and the other remained a dark read about World War Two.

The most important part of examining the inner elements of any story is to unearth any and all potential areas for discussion, and see the subject matter as the reader would. This is less a correction than an opportunity to add dimension to a story. The novel may already be a fine story on its own, but when the key details are unearthed, a fine story becomes a classic.
Posted by James Pressler at 12:06 PM