In my different workshops, I get the privilege of helping people who want to write their life's stories for future generations. To me this is an honor and a privilege to keep such memories alive, but it's also a wonderful opportunity to remind people about the importance of understanding the past. The autobiographical narrative is more than just a chance to pass stories down to future generations; it is also a chance to remind everyone about how the world has changed. 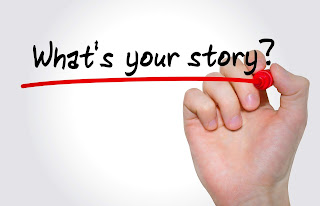 I think we can all agree that if we were out and about one day and saw a parent publicly hit their six-year-old, we would be shocked, surprised, and possibly alarmed. What we did in response is another discussion - the point is that it would stand out among the events of our day. I can also tell you that for all the people of the generations beyond mine (70-years-old and above) who I have worked with, such an event was commonplace; even expected. Punishment would be violent at times - not just a spanking, but getting the belt, the back of the hand, or worse. And as horrible as this may sound in today's terms, that was very much the norm within certain groups.

That is where personal stories really become valuable - when we learn about the world people lived in just as much as the person living in that world.

Indeed, we live in a very complex world today. I don't need to list the many different subjects that start arguments in the media these days to convey the message that the social landscape can be a minefield. However, it's very easy to think that the things we bicker over now have always topped the list. Personal writing gets interesting when it shows just how different the world was within one person's lifetime.

The difficult part in writing about these critical changes is that those changes didn't seem like big changes when we first experienced them. Growing up in the Seventies, my father worked in Chicago and my mother worked locally, so I just accepted this as normal. However, most of the mothers in the neighborhood were homemakers instead of office workers. The one-income household with the father as breadwinner was commonplace. My mother stood out in that regard, but as a part of my life is was normal. Decades later I can see the importance of that situation in showing how the world was changing, and any story about my childhood should reflect that.

This being said, it is not mandatory for every story about my mother to include a discussion of her career pursuits, her political activism, or the roadblocks she faced professionally simply because of her gender. Those factors exist in every childhood story I have, but as writers, we are responsible for deciding when the content informs the story. If I want to tell the story of how my mother taught me addition with flashcards when I was four and rewarded me a penny for each right answer, maybe that's not the time to discuss her push for the Equal Rights Amendment. It's just about bonding with Mom.

So when we get to writing those life stories, look for the other stories we might be telling. So many things have changed in this world over our lifetimes, and the best way to teach people about our life experiences is to show them what the world looked like when we were their age. Remind them that the act of reading this blog post required a dial-up modem 25 years ago, a desktop publisher 35 years ago, a mimeograph 45 years ago, and access to a newspaper 50 years ago. Let that story come through just as loud - as loud as those dial-up modems.
Posted by James Pressler at 11:21 AM