In my last few writing workshops, we got into discussions about dialogue. Not just the details about punctuation, structure, and all those details, but rather what its place can be in a story. There are obvious places for conversation, so we can step around that. Instead, the interesting part comes when we look at what dialogue and external conversation can bring to a story, and what it can take away. 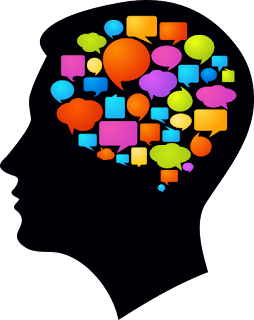 First and foremost, I want to state the obvious about dialogue - it is a presentation of a conversation that occurs during the course of a story. Actual dialogue is in quotes, meaning it is the exact wording spoken and exchanged between the characters. This might seem a little too obvious, but it actually is very important to our subject here. In this regard, dialogue serves as a transcript of a conversation, but it allows the characters to do those things that characters do - particularly exaggerate, lie, manipulate words, talk in circles... the list goes on.

Let's compare this to the alternative - explaining the character's motives and position through their thoughts and observations. This is far more flexible in that the character is free to explore whatever aspect of the situation they want to involve themselves with, but the constraint is that this is the special territory of their mind. All the games we play with other people during arguments fade away when a person is strictly thinking about a situation. This is their world and they remain as honest as possible to themselves as the author permits.

Now, this does allow us, as writers, to decide what we want to show the reader about our character. If the character is, say, guilty of a crime but the reader doesn't know this, the internal observations will differ significantly from what they say. External dialogue will likely be full of lies and redirections to hide their guilt, but internal dialogue takes a different shape entirely. Internally, the person might think they did nothing wrong, that they were justified in their action, or that their mind is the only place where they can acknowledge what they did. Within the mind there are few secrets, while the external dialogue can be total redirection. Of course, mixing the two can create its own fun, as the reader can see what the character thinks but also understand how the character presents themselves to others.

One exception to this is when the writer uses the technique known as the Unreliable Narrator. In a very popular post I did a few years ago, "Obi-Wan Kenobi – You Suck!" I describe how the Unreliable Narrator allows the writer to lead the reader along a false trail all while adhering to the set of rules stated above. It requires the writer to walk a tight narrative line and recognize just what the boundaries are, but the result (as cited in the case of Obi-Wan Kenobi) can have a big payoff.

Dialogue all boils down to a simple discussion of what story you want to tell the reader. Some dialogue can always help the pacing of a story rather than having it be just a big pile of thoughts, and often too much dialogue can turn into monologue that has to be very crisp and exciting for it to work. The main question you need to ask yourself as an author is what you want to present to the reader. The mind of the reader comes through internally, but personality can be conveyed in many ways through external dialogue.

After that, it's all your call. Don't be afraid to try both ways, and see what happens.