The Untold Story of Autobiographies

I know a lot of people who have wanted to sit down and write their autobiography. They wanted their story to be told, to be known, perhaps with the purpose of letting them live long after their bodies were gone. The reason doesn't matter in the first few steps. Rather, this is a discussion about what we should consider when we take on the task of documenting our life. (Incidentally, this matter has a lot of personal flex to it - these rules are not hard and fast by any stretch.) 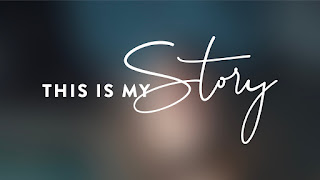 The first consideration is what part of your story you wish to tell. Yes, I said "part." Our stories are huge affairs, starting from that date on our birth certificate up until the here-and-now, and it would really make the story move if the focus centered on a specific point or theme. If you want the reader to understand, say, your lifelong connection with food that led you to become a chef, well, a lot of your stories don't move that point along. The stories more likely to take in the reader with likely involve you, food, and how those actions and interactions shaped your life. This doesn't mean the other stories aren't good, it just means they aren't quite right for this particular autobiography.

In choosing a starting point, it's worth noting that your particular theme or point can be as simple as "a life of hardship" or "my family" and you have something to work with. If you are writing this particular autobiography so future generations can understand that aspect of you, then its fine. Further books can be about specific eras in your life, detailed information about relationships, career notes - whatever. Just stay focused within that particular line of thinking.

Some subjects may not seem as important as others when it comes to telling that story, but it's your call. Many of the men in my family's history served and fought in a number of wars. You would think this would be some great stuff to write down and share with future generations. For the most part, none of them did, nor did any of them want other people to. One particular relative put it in the simplest of terms: He wanted future generations to think of him as a father, a grandfather, a great-grandfather, and on down the line as a man who started a family that he was more proud of than anything else in his life. He didn't want to be remembered as a soldier. As much as some people wanted to collect and share his heroics, in the end those stories mostly died with him. The story he wanted was the one important to him, and they live on through his sizeable family.

My friend, Lenny Kapocius, did end up writing about his adventures during World War Two in "To Manus and Back," so it was my job as his editor to remind him to make sure every episode tied back to his time in the Navy. He has some great stories about growing up during the Great Depression, working through the Blizzard of '67, and some of the great souls he's encountered in his many years of life, but for the most part, those stories are going into other books. He still writes every day and is in the process of publishing another book, and that part of his life will live on.

Personally, I don't plan on writing an autobiography. There are too many stories that would not be able to make the cut, and I am, first and foremost, someone who enjoys sharing those stories in whatever form I feel hits the spot. Maybe I'll change my mind later, or my legions of adoring fans will draft me into putting together something - I don't know. For now, though, I will offer advice about that eventual autobiography, and that is to write stories around the idea and see what forms. If there's a book in there, then great. Chances are, there are several books of different themes just waiting to happen, so do a little work toward that end and see what happens. That act will tell people more about you than you'll ever know.

Posted by James Pressler at 2:54 PM