Anyone here know of the most revered  Edward Everett? He was quite the man in the 19th century - pastor, teacher, politician, diplomat, public speaker, and a much acclaimed man of letters. He made many public-speaking tours, spoke very eloquently, and had a great passion for his topics. And *wow* could he belt out a speech. His most renowned speech was a two-hour oration that topped off at over 13,600 words. Can you name it? Kudos if you can, because his grand speech was outshined by the next speaker, who gave a quick, two-minute speech of less than 200 words that every American has heard of. 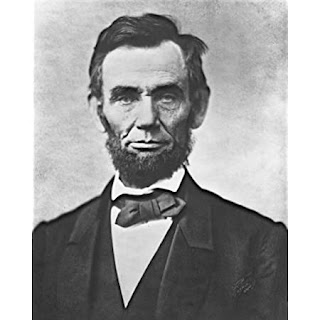 Now, there is much debate over the exact wording, meaning, and intent of Lincoln's quick little dedicatory remarks, which is all the more telling because his comments were incredibly brief and succinct. The Gettysburg Address (which originally was what Everett's speech was referred by) showed precise writing, keeping a constant focus upon one theme, a humbling mood, and a clear, singular message summed up at the end in no uncertain terms. Let the scholars fight over just how particular sentences intended to say and what referential sources meant. This was a fine example of brevity, and we can learn from it.

Let's look at the introduction. The first paragraph was one sentence ("Four score and seven years ago...") that established the background for the remarks. Sure, he could've said "87 years ago..." and saved a few words, but saving words is not what brevity is about. Brevity is using the right words to communicate as much information, mood, and setting as possible. It would be easy for Lincoln to expand on the concepts brought forth in that one sentence, but instead he let words do the heavy lifting.

His second paragraph was the dedication part of his speech - establishing the world they now lived in and recognizing those who had died for that cause. The important part here was to not get swept up in the temptation to passionately expand upon things such as sacrifice, loss, and dying for one's country. He saved that part for the last paragraph, allowing his dedication part to be very sharp and to the point. In reference to the dedication, he simply said, "It is altogether fitting and proper that we should do this." It did what needed to be done, and saved the important part for the next, and last paragraph.

Lincoln made the third paragraph the challenge of his speech - the emotional call to arms. By not spreading too much sentiment throughout the previous parts, emotion in just this paragraph was that much more powerful. Everything from the introduction and the dedication built up to this message about sacrifice, the challenge that faced the country, and the task before everyone to ensure that this new nation "shall not perish from the earth." Damn, nice work.

With tomorrow being Lincoln's birthday, I wanted to recognize it somehow - but as a writer. And I think this is the best way to learn about writing and drop a little history as well.