Holding the Readers in the Moment

One of the best experiences for any reader is getting lost in the world of a story. It doesn’t matter if it’s a speculative period piece set in Renaissance Europe, sci-fi fantasy orbiting Antares in the 31st century, or creative non-fiction about growing up in the southwest suburbs of Chicago, when the writing works, it takes us there. As readers, we talk about these stories long after we’ve finished them, and that book gets recommended, passed around, and read over and over again.

Then there are the worlds that don’t grab the reader. Often, it’s not the world’s fault. 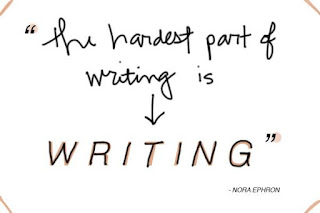 Part of the reader’s embrace of a new world (or an historic one) is how everything invites the reader in. Fiction or reality, the rules remain the same – the reader needs to be completely immersed in this experience 100% if not more. This places two responsibilities on the author – offering unique, stand-out elements of this environment at every opportunity; and not letting familiarity seep in where it’s not wanted.

When I write about my life in the 1980s, it’s easy to fall upon the stereotypes of the decade – big hair, fashion do’s and don’ts, etc. These are the low-hanging fruit of writing, and while they will help the reader walk into the world, more is needed or the writing feels superficial.

Part of drawing a reader into a world is drawing them out of their current state of mind, and sometimes this is best accomplished through simple differences. For example, these days, we will hear about a food recall on social media or the local news the moment it happens. The internet rushes the information to us from several directions, and we can’t help but hear about it. However, back in the late 1980s, the Food and Drug Administration would send out bulletins listing various things that were being recalled due to possible contamination, potential allergic reactions, and so forth. These were very important reports, but they were sent out in the US mail – not even by fax – sent on two-day delivery, assuming there wasn’t a weekend or holiday in there. Often, these reports only arrived after the products had been placed on the shelves and sold. A story that discussed this period needs to focus on things like the importance of the mail, the time lag of even vital information, and how people thought these new fax machines would be able to speed up these processes and bring forth a new era of spreading the word. And as for the internet? This is Wikipedia's “modem” entry to show just how slow they were in the mid-80s (2,400bps).

This leads us to the other part of bringing the reader in – keeping the other worlds out. This may sound simple, but it plays on a bunch of things that we often take for granted. Simple, commonplace terms and words can pull the reader out of the book without them even noticing it.

Now, using that same tree, how would an eight-year-old describe the distance? Would they use feet, yards, or miles, or would it be, “Wa-a-a-a-y over there!” A Marine sniper might know the exact distance down to the foot, while a city guy might describe it in terms of blocks. Other people might say it’s a couple stones throw from here, or a little walk away. Two fields of hiking. These terms can keep the reader in the writer’s special world, while concrete terms such as feet, yards, miles, etc., pull the reader back into our present-day moment.

This, of course, takes us right into genre. The further a genre is from our known reality, the more it has to create that world and walk away from the familiarity of 21st-century Earth. In fiction-fantasy, a dragon should never be two-hundred yards away unless this fantasy world decided to use something as boring as yards for measure. In futuristic sci-fi, talk about the internet sounds technological, but it doesn’t appeal to the wild possibilities of the future. In futuristic writing, I would rather read about the OmniMatrix than the internet, and I don’t even know what the OmniMatrix is. Truly futuristic writing should sound kind of like magic, in that us 21st-century humans can barely grasp what is happening.

Every now and then, do a self-edit on things you say and do, and compare them to your life twenty years ago. Look at the differences and see feel how those subtleties can change the whole feel of a story. I am writing this on my laptop right now. Ten years ago, my wireless connection would be a fancy, slow, expensive add-on. Twenty years ago, the battery and docking port (look it up) for my laptop would be bigger than the computer itself. Thirty years ago, a laptop was where you placed your book when you read on the couch. All in thirty years. Make sure that perspective informs your writing.
Posted by James Pressler at 3:04 PM