Writing and the Supporting Cast

It's a rare story that follows one person's adventure from beginning to end without much interaction. Usually our protagonist has encounters and situations along the way, or at the very least has internal discussions to help expand the character's thought process. But more often than not, our hero will come across a wide variety of other people along the way. We've talked a lot about writing the hero's journey, so now let's give some time to the supporting characters. 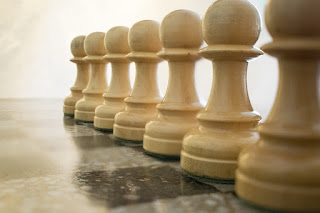 The first rule of creating the rest of the cast is knowing what their purpose is. Of course, this means the first mistake of writing is making these other characters little more than means to an end for the hero. If everyone else merely provides information, clues, challenges, or obstacles for the hero, then they become one-dimensional vendors of plot progress. Furthermore, the main character misses a chance to gain some depth by showing a two-way interaction with those around them. Without this, the hero seems self-engaged, narcissistic, and a social island unto themselves. If that's what the author wants, then fine. However, a reader often wants more.

So now that we've decided to give purpose to our supporting cast, let's look at some of the different roles they can play:


There are plenty of archetypes that can also be used to show a particular facet of the story. Any character who enters the story, however, should provide a chance to advance the story and to move along the hero's journey. If they don't move things along, what's their real purpose?
Posted by James Pressler at 3:51 PM