The Process of Writing

A few people have contacted me, wanting to discuss the process side of writing. I get a lot of questions about that, so in turn I thought I would drum up a few things I have learned about the process behind the writing. Some of them are pretty commonplace, others are very subtle, and there are a few important ones that people don't think about. This is more than just how I drink gin when I write and scotch when I edit, this is about setting the whole environment to be a writing environment. 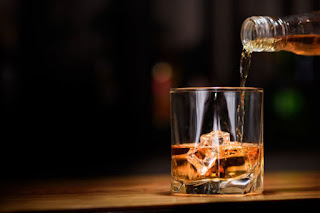 A big part is habits. Above all else, the most important part of being a writer is developing the routines that put you in that mindset to write. This might sound irrelevant, but it is the little things that help bring us to that special place where we can write. Sure - some people can just pull out a pen and pad and go to work. That's fine, but chances are they have already been through all the other steps and what you see with that pad and paper is the result of many years of training.

For me, I keep no secrets in discussing my process. I first started writing regularly during my fifty-minute train commute to and from work. This brought its little bag of sensory cues that became ingrained in me over the years. Sitting in a cushioned but not-too-soft chair. Laptop on my lap. Noise around me, not too loud, like boring small talk or the rumble of the train. I no longer take that train, but when I want to write, recreating those sensory cues draw me into a writing mindset immediately.

And while my mind is on that train, here's another habit it created - time. I write best early in the morning or late in the afternoon. If my mind has just woke up, it is ready to be creative thanks to those mornings going to work. And after a day of being in a very serious, analytical place, following the straight lines and uncompromising rules of the hard sciences, creativity becomes an escape. Those are the mental cues that bring my mind around to being that writer.

It might sound like writers are just two-legged versions of Pavlov's dog, and that's kind of true. When we dedicate ourselves to being writers, the first step is already waiting - dedication. We need to move ourselves toward that goal, force ourselves to act even on days where we don't have the energy. That's where we use little sensory cues to put ourselves in the mood to be that person we want to be?

Think about this. Where are you when you are writing at your best? The exact geography isn't important - it's the surrounding details that are worth noting. Upright or lying down? Public or private? Noisy or quiet? Music? Nature? Familiar spaces or exotic locations? I know a few people who live the cliche of sitting in Starbucks, day after day, drinking their French roast and writing the Great American Novel. Look at the writing environment the have created. Maybe it's not too original, but it works for them - public, socially noisy, a distinct sensory quality, and a caffeine buzz. As they repeat this time and again, those cues become ingrained in their pattern. Eventually, a strong coffee triggers that writing mind. Sitting in a public area sparks creativity. Hearing the alt-jazz playing in every Starbucks in the country puts them in the mood to create. It all gets the mind riled up.

The one thing to also consider as you develop your writing habits - what sparks your creative side? What are you doing when great ideas come to mind? This should inform you about the kind of things you should bring to your little group of habits you nurture as you write. My creative space is in my car - I can run dialogue, talk about ideas, and think aloud about just how weird things can be (Yes, I'm that guy in the car next to you, windows closed, mouthing off about absolutely nothing you understand). Once I realized that, I decided that if I was having trouble writing, I would grab my laptop and drive to a place that had my writing elements. The driving creativity would start, and by the time I hit the destination, I am ready to roll.

And yes, sometimes that destination is just going back to my house. Especially if I want a little gin while I write.
Posted by James Pressler at 1:29 PM