Stories at Their Core

The last two posts have focused the details surrounding an efficient, effective structure for a horror story. I received a few follow-up comments saying that horror wasn't their thing so they really didn't feel those posts helped them. Fair enough. I like to offer advice to all forms of writing, so let's expand this out a little. 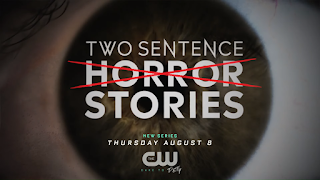 By expanding the discussion, let's take one last brief trip back to horror, and the last post. In my Horror Writing Follow-Up post I talked about the two-sentence horror story. Look at the post for specifics, but we're going to use that form to look at other genres and how we can distill our ideas by using the two-sentence idea to find the center of the story.

Let's make this simple. All the upcoming two-sentence genre stories will have the same first line:


"The fire reduced their house to rubble, all their possessions now smoldering cinders..."

By taking this simple premise, we can write a second line that places the story in about any genre. All we need to know are the main features of the genre and how it translates.

The thriller genre is very popular, and demands a sense of urgency as early as possible. The main character should feel threatened and hunted, emotionally if not physically, at every possible turn. Where is the tension? Everywhere. Everything. It should border on paranoia, except that paranoia is an irrational fear, while the character's fear should feel very real indeed. The second line required to make this a thriller would be like...


"All that remained was Tom, the information he knew, and an arsonist who would not stop until they were destroyed."

No magic twist, no surprise. A direct approach to tell the reader this was not an accident, this is important, and this is definitely not over. It sets the standard for excitement pretty high, and ramps it up from there.

The mystery genre is a little different than horror, but it's an important turn. It might seem obvious, but the unknown factor should be created in one shape or another, Horror is about discomfort, mystery is about intrigue. The movement of the second sentence has to establish this.


"These happened more often now, and he knew another fire was inevitable."

What? The mystery line should always create that word in the reader's mind. The "What..." can be followed by "...do they mean?" or "...just happened?" but the event needs to provoke the reader to move forward.

Think of any genre and try to extract what direction a story must travel. Start from that position in the first sentence and let the genre take over. Quick examples for other genres:


"They had to rebuild from nothing, but they would do this together."


"This was the death knell of the home his great-grandfather built after the Civil War, wanting to rebuild a small part of a country he had helped destroy."


If you can't boil a story down to two sentences, you might have more than one story on your hand.
Posted by James Pressler at 12:41 PM